Pepper Gets to Play at AT&T Shape 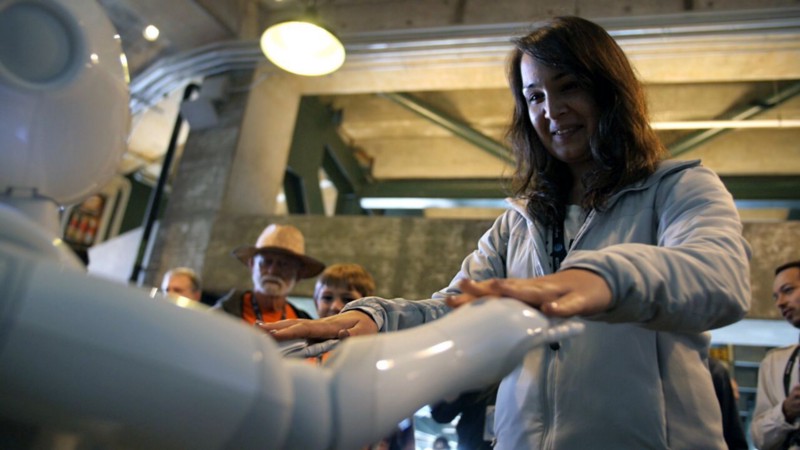 For two days in July, The San Francisco Giants, lent their home stadium, AT&T Park to the “tech giants” of the world for ‘AT&T Shape’. The event took place on July 15–16 and celebrated the latest advances in technology — many of which are already shaping the world we live in.

The futuristic affair was a who’s who of the tech world, all gathering to get a first-hand look at the gadgets and gizmos that wowed attendees making their rounds through the park. 5-foot mechanical spiders, virtual reality booths, 3D printing displays and gangnam styling dancing robots were all part of the festivities. And of course no tech event would be complete without a 24-hour hackathon.

SoftBank Robotics America had a big presence at AT&T Shape, exciting a diverse crowd with the display of their latest and friendliest humanoid robot, Pepper! Pepper is an adorable 1.2-meter-tall robot with a sleek look and a sparkly personality making its way over from Japan. Softbank Robotics is gearing up for a big announcement in the U.S. towards the end of 2016.

Pepper was the most popular robot in town at AT&T Shape, demonstrating their conversation skills, playing games with children, answering questions about SoftBank, and showing off that vibrant personality that everyone has been dying to see. Developers were also able to sign up to SoftBank’s developer portal which is open for techies interested in creating applications for the humanoid robot.

“Pepper provides a very unique platform. Pepper has multiple SDK languages as well as multiple unique features such as animation, dialogue, tablet and motion. SoftBank hopes to combine all of these pieces of technology together to make one unique and unified product. For developers, this a very exciting and standalone product they can get involved with.”

AT&T Shape came to an exhilarating close with a live performance from the Silversun Pick Ups (thanks iHeart Radio). And if you’re wondering, yes Pepper did break out some mean dance moves during the performance.

If you didn’t get a chance to meet Pepper, don’t worry! This robot companion may be making a visit to your town sooner than you think.